11
Kayla's Visions, Chapter 12
posted by twilight-7
I was asleep when Charlie came home sometime in the early hours of the morning. Edward, who had stayed the night with me, woke me up to tell me Charlie was home.
“Can you hear him trying to sneak up to his room?” he chuckled.
I could indeed. Charlie was trying to be ever so quiet yet failed miserably. He fell up the stairs several times and slammed open his bedroom door. I heard him curse loudly as he fell yet again.
“Is he drunk?” I was wide awake as Charlie’s lack of balance scared me. He and I could both see in the dark pretty well because of our enhanced abilities. Charlie shouldn’t have fallen up the stairs unless he was really stupid.
“He might be just a little intoxicated,” Edward said, laughing.
I groaned and got out of bed. My father, the Police Chief of Forks, drunk and falling about was unimaginable. I don’t think I’ve ever seen Charlie drunk. He drinks of course, but not enough that he thinks Superman and tries to jump off buildings to fly. It was weird. As I walked to his room a memory came to me. A memory of a time in England with my mother.

I was fourteen or so. My mum was only just dating Darren. They weren’t in a proper relationship yet, just seeing each other couple times a week. Going out for dinner or to the cinema. She had been out with him that night and she was totally pissed. Out of her head. Darren, the gentleman he was, had driven her home and walked her to her door. I was in my bedroom, sleeping because it was far too late for me to be still awake and it was a school night. I heard the front door open and bounce off the wall. The noise woke me up and for an instant I thought the house was being burgled. I jumped out the bed and reached under it for the baseball bat Charlie had once long ago given me for a present. I held it tightly in my hands waiting for another sound. I only heard Sarah’s drunken laughter.
“I’ve probably woken Michaela,” she giggled loudly. “Oh dear!”
I sighed when I knew it was her. I put the bat back under the bed and crawled back under the blankets hoping to fall asleep soon.
“Michaela?” I heard Darren ask, confused.
“Didn’t I tell you I had a daughter?” Sarah giggled again. “Oops. I guess I forgot.”
I shook my head under my blanket. She always forgot to tell the men she dated that she had a daughter.
“Would you like to meet her?”
“No,” Darren said quickly. “She’ll be asleep, it’s fine. I’ll meet her another time.”
“Michaela!” She shouted regardless. “Come and meet Darren!”
“No, Sarah, honestly. Just leave her. I’ll meet her tomorrow.”
“Michaela!!”
I groaned and got out of bed. I trudged down the stairs to the front room where my mother stood half inside the front door. She was dressed as always in a short skirt and revealing top. Her handbag hung loosely on her shoulder. It threatened to fall off her shoulder because she couldn’t stand still.
“Yes, Mum?” I yawned to show her I was asleep before she shouted.
She swayed on the spot and Darren quickly grabbed her elbow to steady her.
“This is Darren.” She pointed to him but it was misjudged and she hit thin air. “Darren, this is Michaela.”
She waved in my direction. Darren looked at me apologetically and I smiled politely back.
“I’ve heard so many nice things about you,” Darren lied, smiling fully. “It’s nice to finally meet you.”
“I’m sure you have,” I smiled wider, knowing he’d lied. “But I haven’t heard anything about you.”
Darren’s smile faltered and he glanced at my mother. My mother smiled at both of us, completely unaware of what was going on.
“I’ll take care of her,” I told him. “I usually do when she’s in this state. Her date never brings her back the way she left. Bye.”
I grabbed Sarah and pulled her into the front room. Darren stepped back and I shut the door in his face. I had taken an immediate dislike to Darren. He’d lied to me. The first sentence out of his mouth had been a lie. He couldn’t say ‘hi’ or ‘nice to meet you’. No. He chooses to say he’s ‘heard a lot about me’ which I know isn’t true. She has never told any of the men she has dated she has a daughter.
Sarah looked confused for a second. She looked at the door, probably wondering where Darren had gone then she looked at me.
“Hi honey,” she said, smiling sweetly. “Did you have a nice night?”
“It was great,” I lied. Nice night in all by myself. Wonderful.
“Good,” she said, nodding too much.
She stumbled over nothing and I pulled her back straight.
“How about you go to bed?” I said, walking her to the stairs. “You can sleep off the booze.”
“I haven’t had anything to drink, I’ll have you know!” She wagged her finger at me but her eyes were unfocused. “But I will go to bed and sleep.”
It was on the last stair she fell over. She tumbled backwards down the stairs and stopping in a tangled heap at the bottom. I stood frozen at the top, my eyes wide with horror. I couldn’t breathe and my mind stopped working out of panic and fear. Sarah was in a broken mess at the bottom of the stairs. A small trickle of blood slid down from the corner of her mouth and more blood was oozing from a wound on her head.
Then her mobile phone rang. A shrill ringing sound that broke through my fear and startled me. I descended the stairs slowly and pulled the phone from her bag that lay at her head.
“Hello?” I answered.
“Sarah, I can’t find my wallet.” Darren’s voice floated to me out of speaker and flooded me with relief. He could help me. He was a grown up. He knew how to deal with these matters.
“Did I leave it at the restaurant?” he asked me.
“Darren,” I spoke fast. “It’s Michaela. My mum fell down the stairs.”
The phone went dead and less than five minutes later Darren came crashing into my house. He ran over to me and demanded to know what happened while he called an ambulance. I stood there not speaking. I couldn’t. I was in shock. I didn’t know what to do or to say to him. He just kept demanding and demanding and looking at me with those crazy eyes of his. A paramedic came over and she was nice. She spoke to me gently and cuddled me and I told her what happened. It was a blur from then on but I knew one thing. My dislike for Darren had increased. 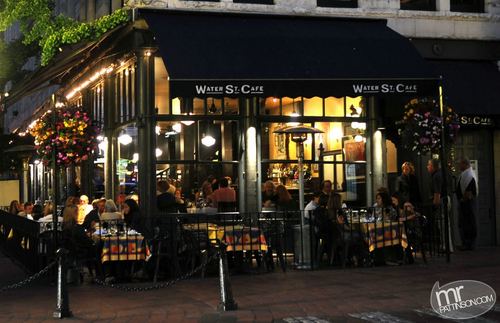