4
Creset till Dawn Chapter 12
posted by RATHBONE07
Sorry for taking so looong:((


All was done. We all strode out of the bar together. Of course I was ashamed of what I had just done. Killing others for my own survival. James held me tightly, hushing me silently every time I whimpered. Laurent and Embelline were on either of our sides, licking their lips, savoring the blood.
“Embelline?” Laurent stopped dead in his step and turned around to face Embelline. “Im going up North, get a few more, im still not full.” Embelline nodded.
“Ill come with you. It wasn’t the best ive eaten either.” And they left, hand in hand. It was weird though. After all the time I had spent with then I would have never thought they would end up together. James tightened against me. I looked up at his face, the words torn, pain, and hate, was written in huge bold letters on his face.
“James?” I asked. “What’s wrong?” He was acting so weird.
“Nothing.” He said, his voice really tight. He pushed me against his stone chest, and then left me. I could see him until he turned the corner. James had left me here all alone.

“Miss?” I turned towards the man. His face was all serious, he wanted me out.
“The stores closing. You’ll need to leave.” I looked down once again at the newspaper in my hands. It was dated from yesterday, on the front page was a girl. Her brown hair and bright red eyes made her pop out of the page. Memories came rushing back inside my head, memories I thought I had already forgotten. I quickly put the newspaper back on the stands and left the store. The bell rang as I closed the door behind me. I couldn’t get the picture out of my head. Her face, her wicked smile, her terrified eyes. She deserved to be terrified, after all she had done. I walked down the street in wonder. People continued to pass me without knowing the real meaning of this world. Fear. I hadn’t seen James in about a week or so. He had stuff to deal with, other than me. I missed him though, more than I would ever admit. He said that he would be back, just needed to think things over. What things? I passed another newsstand, and noticed the picture again. I flinched more than I thought I would ever at the picture of Mary, starring at me, hate written on her face. She was back.
nessie12cullen, _Kristina_ and 2 others like this 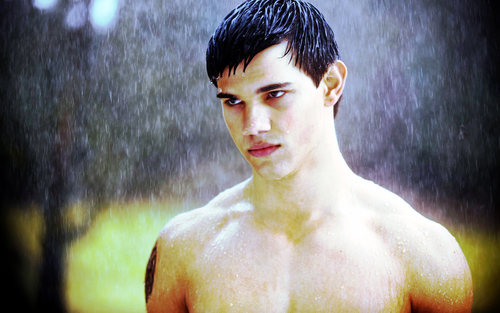 Vampires have existed in a variety of cultures almost since the dawn of time. Until the 19th century, they were believed to be monsters, rather than the stereotype of a more aristocratic being who could infiltrate the world around us, as popularised by Bram Stoker. Legend has developed since, with pop culture shows such as "Buffy the Vampire Slayer", which tackles concepts such as a vampire with a soul and possible redemption for a creature previously believed to have had no redeeming qualities whatsoever. Bella lists her observations when she is researching on the internet: "Speed, strength,...
continue reading...
More Cards
1234567891011