I saw us all leaving, that much was for sure. Edward would say his goodbyes to Bella and then would leave town. The strange thing was I kept seeing him in different towns without any of us with him. I didn't understand that part at all, and would have to ask him about it when he calms down.

"Edward, are you saying that you want to leave Bella and this town?" Esme asked.

"Yes. We need to leave her before anything else happens." He said sadly.

"Edward, what else could happen? She's safe, I will keep an eye out for anything. I'm so sorry I didn't see this happening." I said as I walked over and knelt in front of him.

He wrapped his arms around me and hugged me softly. "But things have already happened because of us. First James and the rest of his coven, then this tonight." He just shook his head in sadness. "We can't help what/who we are, she will get hurt and I can't live with that." He stated as he looked around the room.

I pulled back and looked him in the eyes. Where there was so much happiness and joy yesterday was now replaced by heart breaking sadness and fear.

"You are positive about this Edward?" Carlisle asked.

"Yes, please could we get started on this as soon as possible." He said softly.

I took his hand in mine and rested my head on his shoulder. For the 3rd time tonight I wished that I could cry, my heart breaking because I would be loosing one of my best friends, and because my brothers heart was breaking into a million pieces and I didn't know how to help him.

"Well great! I knew this was a horrible idea from the beginning." Rosalie said as she stood up and stomped over to where Emmett was sitting.

"Come on Emmett, we have to pack AGAIN." She said as she grabbed his hand and walked up the stairs.

Edward looked like he was going to let her know exactly how he felt about her and her theory, but instead he sighed loudly and shook his head.

"Oh Edward." Esme said as she came over and wrapped her arm around him.

We sat there for a few minutes, Esme with her arm wrapped around him, my hand still in his and my head resting on his shoulder.

Suddenly Edward stood up without letting go of my hand. He looked down at me and smiled a half smile. I realized I wouldn't see his smile for a long time, and I was just getting use to him being happy again.

I sighed quietly as I looked up at him.

"Can we go somewhere?" He asked quietly.

"Yes." I responded not caring where he wanted to go, just knowing that he had a lot he needed to get out.

"Please excuse us." I said as I walked to the back door, trying to pull Edward with me.

We walked out the back, and as I was about to ask him where we were going he took off running. I did my best to keep up but when Edward ran full force there was no one who could keep up with him. I think he forgot I was behind, or he was running away from everything but regardless I stopped where I was and yelled his name hoping he would stop.

He finally came to a stop and glared at me. I wasn't sure where he wanted to go, but unless he wanted to go to Mexico he would have to slow down.
I smiled in his direction as he started jogging back to where I was standing.

"Where do you want to go?" I asked him as he got close.

He stopped right where he was, dropping to his knees and taking his head in his hands. At first I thought he was hurt and began to run to him, but when I got close he lifted his head.

The sight is something I will never get out of my mind. The best way to describe it is it looked like he was screaming, but there was no sound. His eyes were so wide I wondered how long he could keep them like that before the pain would overcome him.

I ran over to him and took him in my arms, letting both of us fall onto the moist ground beneath us. I held him tightly and let the waves of pain wash over him. I didn't know what to say, I didn't know how to stop this and so I did the only thing I could think of and I held him tight and shushed him trying to make soothing sounds.

I'm not sure how long we sat like that. I think it was probably a hour or two possibly, but suddenly he lifted his head and looked me in the eye.

"Edward? What is it? Please talk to me." I begged.

"Alice, I need to ask you a favor. This is going to be the hardest thing I have ever asked you and for that I am sorry." He said softly.

"Anything, please talk to me." I asked.

"Alice, you know that we are leaving. I am going to go on my own for a while, I don't think I can be around anyone after what I have to do to Bella. I'm going to break my one true loves heart and..." His sentence cut off, his whole body shaking again.

"Oh Edward, what can I do? Please let me help." I said as I hugged him tight, feeling like I was holding him together.

He sat up suddenly and looked me in the eyes. "Alice, I need to ask you to miss school tomorrow. That is just the first part, I know I have to do this tomorrow and with you there she will have questions and I just can't bear that."

"The second part is I need you to not look for her future. She will be much better without us, and I can not handle knowing that you are occasionally looking into her future. We won't be a part of it so please don't look." He asked.

I thought about that for a minute. It's not like I decide what I look for, I mean I can focus on things like our family and things. Could I really stop looking for Bella? She was my best friend in, well forever and now he was asking me to leave her tonight and not look for her anymore.

"Edward, I...I mean she...I mean." I was frustrated and unsure how to respond to his request.

"Yes Edward, I will not look. Jasper and I will leave tonight." I said, my voice no more then a whisper.

"Thank you Alice." He said as he got to his feet and offered his hand to help me up.

"Edward, could you do me a favor or two?" I asked as I stood up.

"Anything." He said softly.

"I won't get to say goodbye and she is my best friend, will you please tell her goodbye for me? And Edward, please don't leave me." I said as I looked up at him.

"I will tell her goodbye, I promise." He said as he hugged me tightly then started running back to the house.

I didn't realize until we jumped the river and were walking into the house that he never promised not to leave me. I took a deep breath and for some reason my body started shaking.

Our family was changing, and as I closed my eyes to search I began to wonder if it would ever be the same as it was now.
Nikkiekierans, jamiesue00 and 4 others like this
just_bella Whooo this one is getting harder to write.
babina oh my!! this is soo sad!!!! poor alice!!! poor bella!!! just breaks my heart when he lives her!!! its soo sad!!! BIGGEST FAN!
bitten_byedward I love it but it's sad! I want them to also have something like this in New Moon when he has decided to do this. It would be sad but cool!!
twilightGGlost Omg that was soooio sadddd!!!! I'm gonnnnnnaa cryyyy!!!
_madz_ it is sad but i totally cant wait to read the next one! im gona read it right now!! :) it is sooooo good!
jamiesue00 It's so sad, my heart is breaking for Alice. 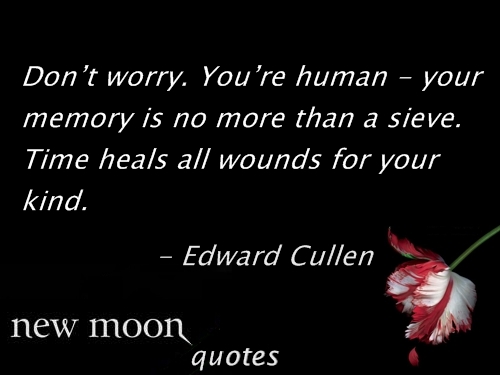 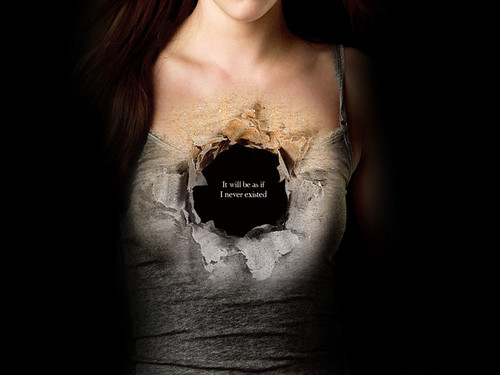 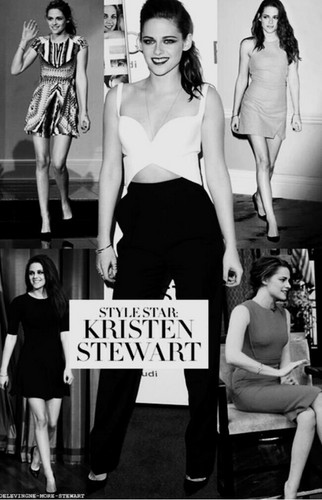 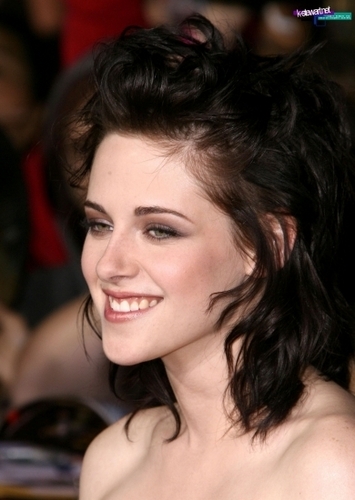 1
New Moon Premier
added by gaby1310
Source: Gaby1310
2
the new voturi part 2
posted by bluemc24
me and indie were 3 weeks into our imortal lifes. aro had explained that we were the new volturi members but, he had also explained we had gifts.

"we have a vampire in our ranks, who senses gifts in other vampires." Aro had said, "he senses that you two both, have gifts." he concluded.
"So if we have gifts, what are they?" imortal life had made indie 10 times more nosey than before.
"Young ones," aro said in a sweet voice, "your gifts are that, if you imagine what you want, it will happen."

After that me and indie went back to our room,"hayley?" indie asked
"yes." i answered putting down my book, "whats wrong?"
"I found this when we were out hunting." she handed me a flyer. the flyer had a picture of me and indie and it read 'MISSING'
"our parents are looking for us?" i asked...
we went silentg for 2 minuites.
"but we can't see them!" i said
"i know but i miss them!" she replied her cheerfull voice cold. 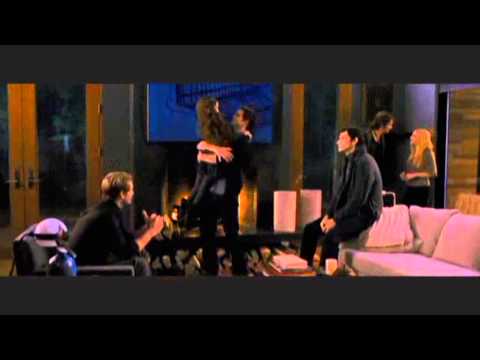 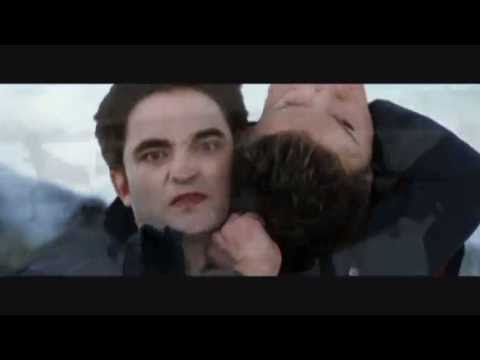 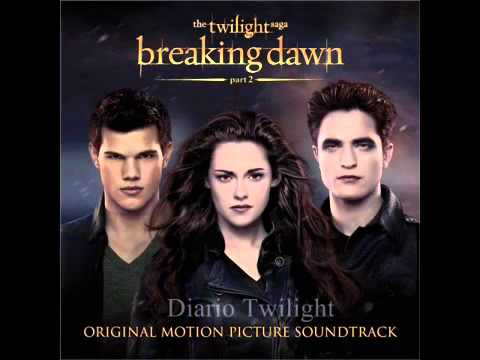 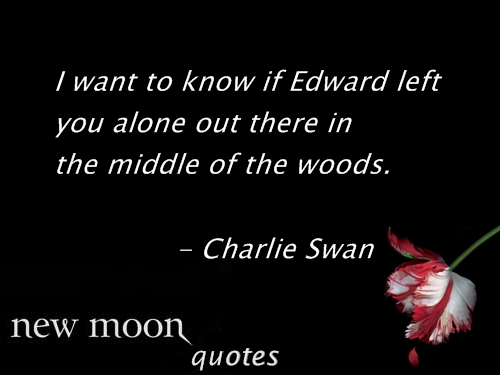 3
New moon quotes 81-100
added by nessie-eska
Source: made by me
3
Twilight Modified take 2
posted by Isabellaashley
Hey everyone, I'm back and trying to complete my story as I had been busy with my exams and now my school holidays has just started so I am gonna try to get some new ideas!!! This is the continuation of twilight(MODIFIED)so please read the preface in my previous article about 2 months ago!!! Thanks!!!

I woke up panting and out of breath in my bed and I sat up before turning on my bedside lamp and looked around my small bedroom. I could still hear my father's loud snores from his room besides the silence and darkness that filled the house. My life felt different ever since I had moved...
continue reading...

1
Twilight St. Helen's Set: Bella's Truck 2
added by neeki
video
twilight
bella
movie
on set
truck
TASTEFULL DELIGHT
posted by eclipselov
Okay this story will be about a girl who goes to Italy for a class field trip.She meets Alec and you need to read to find out more!!!


My name is Rainn.Rainn Emlyn.I have the worst life ever imaginable.All my life I've been called "rain rain go away","it's raining its pouring","raindeer" and more.It's 4:30pm im on a plain heading towards Italy.I have two of the worst people ever imaginable sitting next to me!
Angelica and Amanda or known as "twidle de and twidle du" yeah I know totaly Alice and Wonderland. They are so annoying.They are always together and dress alike.They finish each others sentences.And...
continue reading... 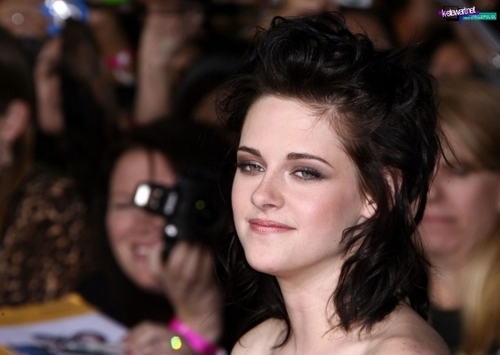 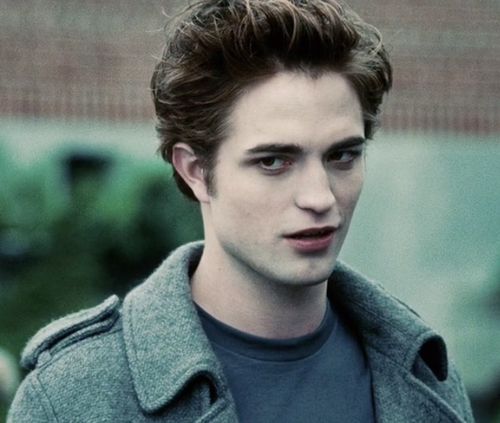 Edward
added by twihard1086
1
Cyberspace author note
posted by flynnismine
All right guys, as you all have probably noticed my last chapter was a bit of a dozer, but don't worry my next chapter will be right. And just incase that you have not figured it out yet. Most was the chapter is correct except for the bit about going into the car. That bit will be coming up in the next chapter. Also don't be afraid to give me any advice on how I can make my writing Better any critasim is welcome.