2
Half Vampire Girl 2.
posted by twilight_lover9
I was so confused, a million questions were racing through my mind.
“Lirah. Come out, I know you’re there” Jake said abruptly.
I was shocked, I had not made a sound and was so quiet, but to save Jake from being mad at me I stepped out into view, to reveal Jake to my surprise smiling, and Paul a bright pink looking down.
“Come on you, late on your first day, don’t want to make a name for yourself unlike me” Jake winked, putting his big muscly tanned arm around my shoulder leading me towards the school.
“You have a lot of explaining to do Jake” I whispered seriously.
Jake just nodded slowly, and pushed me into a classroom, twenty or so eyes were all on me and the teacher quickly gestured me to sit down, I searched for an empty seat and to my relief I saw Renesmee with an empty desk beside her. I greeted her with a warm smile which she returned.
There was something about Renesmee that just made me feel like I could trust her, and I really liked her I think that we could be good friends.
After class, Renesmee glided gracefully through the crowded hallways, while I stumbled and tripped beside her. I probably looked horrible beside her, suddenly getting insecure. Suddenly Paul appeared in front of us, I quickly looked down as stared at me, suddenly Renesmee cleared her throat breaking Paul’s staring.
“Uh, whats up Paul?” Renesmee asked awkwardly
“Nothing, nothing. I was just going to properly introduce myself to Jake’s cousin” Paul said shyly.
I was shocked, and Renesmee was looking at me smiling with a hint of teasing in her eyes.
“Hey, um I’m Paul” Paul said reaching his hand out to shake my hand.
“I’m Lirah” I said shyly, taking his. But when our skin touched it was like an electric shock, we both sprang back, looking at each other eyes wide open, just as startled as each other. But before anyone could say a word, Paul abruptly began to walk away.
“What was that?” Renesmee asked sounding just as confused as I was.
“I honestly, have no idea” I replied back helplessly.
“Well hey, let’s go to lunch” Renesmee said sweetly.
We made our way to the cafeteria, where it seemed where endless amounts of students were filling in too. We found Jake sitting at a table, once again filled with the same tanned muscly boys as this morning, but Paul was nowhere to be seen to my disappointment. When we reached the table, Jake jumped up and gave Renesmee a quick hug, and I couldn’t help but feel jealous , why couldn’t I have a relationship like that?
Suddenly Renesmee’s gaze drifted to the doors of the cafeteria, and there we’re two people there, they we’re even more beautiful than Renesmee. They both seemed to have the same white, translucent skin and golden brown eyes but there was something oddly strange. Renesmee looked so much a like the older girl in the face, and had the same colour hair as the older boy. They must be brother and sister i thought to myself, but no the older girl and boy we’re holding hands, there was no way they could be brother and sister, it was obvious that the two were together.
“Jake, who are they?” I asked suspiciously as Renesmee rushed towards them.
“Edward and Bella” Jake said coldly and looked away from me immediately.
lottielovejacob and rocky1415 like this
rocky1415 Love it
vampnarutogirl1 i like. plz post more your writing is soooooo awesome. 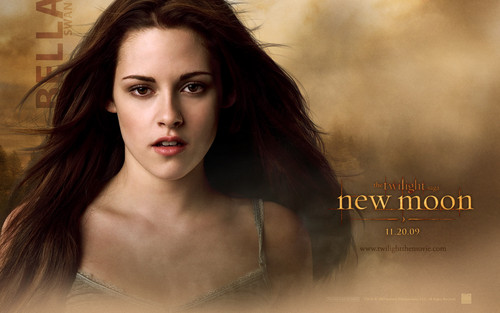 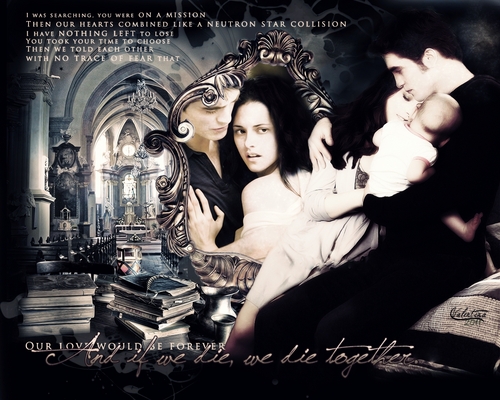