over a year ago Viviotic said…
Name: Darth Alexjis
Species: Mechanical Human
Gender: Male
Place of Birth: Garos (IV)
Class: Sith Master
Faction: The Second Order
Currently at: Moraband
Appearance: Armour, sometimes a helmet, Cyborg eye, cape.
Weapons: Used to be purple but now red lightsaber.
Backstory: Darth Alexijus was born a normal child, son of Luke Skywalker, and used to be called Iver Skywalker. When he was five, he was stolen and his parents killed. He was sold to the Sith, where he was found to be a force sensitive, He changed his last name to Alexijus. He quickly mastered Form V, and became a well known man. He and his group of men worked in the First Order, until when it had fallen they had killed all loyal first Order members and evacuated to form a secret society known as the second order. He and his followers created their own " Death Star", one that does not destroy planets but ends the life force on them, keeping the planet intact to capture. In the process of making the new weapon, he accidentally brought back Luke. He is now currently controlling most of the outer rim and hutt space, and vows to destroy the Jedi for their lies. 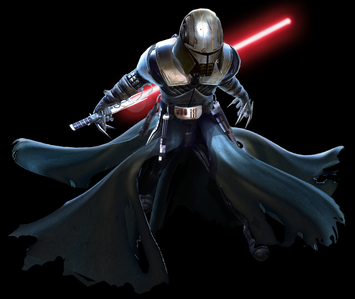 Viviotic commented…
And also one time he possessed himself with the dark side of the force himself, becoming the most powerful man to ever live. over a year ago

jedimaster12345 commented…
Could he beat both my Sith combined? over a year ago

Viviotic commented…
He would match them normally but destroy them when he is possessed by the dark side, over a year ago

over a year ago TomAbbott26 said…
Dravus Stryker: Wandering Jedi
Dravus as a child was like any other. it wasnt until his 18th birthday when the force came to him. his parents went to the jedi order to send him off for training. Dravus never got along with the other padawans, which was part of why he left the order. The other reason why he left was because, he felt to restrained. When he left the order, almost no one stopped him, except for his mater of course, which was the famed Quigon-Jin. Dravus almost became a bounty hunter, but he didn't. He felt he had a duty to fulfill, and that was to protect the universe. So, he traveled the galaxy in search for villages that needed saving. he did this until the day he died.

Darth Kentor Originally Known as Vienno Landwalker
Was born in Snow Planet Hoth,Vienno Was Taken By
Darth Sidious As His Apprentice,Darth Plageuis,
Was aware of this and Allowed Darth Sidious
To take him in, Darth Kentor trained with Darth
Maul and built a very close friendship with Maul,
Darth Kentor hated the Jedi Eternally,when
Kentor found out his friend Maul was "killed"
Kentor was filled with burning Rage like never before
He Went into hiding in pain for his lost friend,
Kentor trained endlessly,and begged his master
Darth Sidious to torture him daily,eventually
Darth Kentor destryed the Jedi with Darth Vader who
Kentor hated but respected.
Years passed by and Darth Kentor has never aged
He achieved Eternal life and was capable
Of healing others,Darth Kentor Found his Lost
Friend Darth Maul,insane and cut in half,
Kentor gave Maul New Flesh and bone legs,and
Cured him from his insanity,Kentor eventually
Lead Maul into the ways of the Sith,
Darth Kentor,Darth Maul,Darth Vader,and Darth
Sidious Crushed The Newly formed Rebel Alliance.
As Years passed Darth Vader betrayed the Master
The Empire Fell,but Darth Maul and Darth Kentor
Never Aged and Left To Become the most powerful
and legendary
Sith Lords to Ever Exist in the whole GALAXY......

Jurgen was born to an extremely wealthy and influential
Kel Dur noble family,House Boshan,the poster house and
epitome of Kel Dur's elite and nobility.He was born 15 years before the Great Sith Wars

Bio / Information / Story / Life
Dement Was A Made Droid, But Was Made In The Wrong Order, With A Different Head, Sith Lords, Siths All Over Thought That A Clone Trooper Messed Up The Progress Of The Droid, Therefor They Treated It Like It Was Their New Dog, They Treated Dement Good, He Was Trained By Grevious With Blaster, And
Lightsaber, Although He Had 1 Choice Blaster Or Lightsaber, Of Course. He Picked Lightsaber Then He Went Out Into War, Destroying Multiple Troops, Although He Was Choped Into Two, Luckly That Was A Fake Clone, The Real Was Slicing And Dicing The Clone Troopers, He Was Then Found By Jedi's They Wanted Him On Their Side, Dement Declined, That Led To A Duel In That Duel, Dement Emerged Victorious By Force Push Choking The Jedi Off The Bridge Then He Took The Jedi's Green Saber He Then Took It For Himself, He Also Changed The Kyber Crystal To Red, He Then Came Across Grivous, Dement Greeted Him, Grivous Ignored And Walked Off, That Made Dement Sad, So He Went Back Into War, Killing Clone Trooper After Trooper, They Moved So Far, They Got To Kamino, They Invaded, But Failed, If It Wasn't For Dooku, Dement Would Of Died, When Dement Fell, Dooku Was In A SHip And Caught Him. They Failed The Invasion Although, Some Droids Were Left To Die, That Day He Trained With Dooku, That's What Learned Dement Force Lightning, He Then Eliminated Many Jedis, And Became More Dangerous, He Had The Wrong Head, So He Was Gifted A Hood By Dooku, That He Worn To Hide His Species Or His Face.

over a year ago Darkweapon43 said…
Sith: darth archon
Darth Archon is a sith controlled by darth mirro. A leader of a the dark killer empire. Who was a boy name vince sylo. Vince was born in Utapau and became darth archon hunt for zane starwalker who is a legend jedi since the clone wars happen and was hidden in endor. Which the dark killer empire attacked. Darth archon
Killed a jedi name fylo jaden a padwan of jen amirro and des amirro. Darth archon got killed by zane starkiller
In the battle of mustafar when odi wan and anakin was at the landing platform. Zane flew in a black and orange slave 1. Zane took his lightsaber and kept it hidden for ever 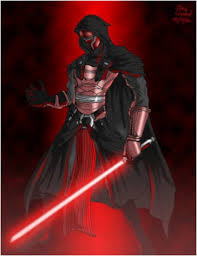 over a year ago Crochingspider said…
Darth edqctqwdcvguivoyuasc. Sad vyuoadchjvoahjosd base biohwqcdiobhwcdbiquos Wachovia bhscklkhjcasbhkjcsdvvhoiavsfvyjlasfvyjo
He murdered every one in the galaxy with a thought. Yes.

Cookies help us bring you Fanpop. By using Fanpop, you agree to our use of cookies. Learn More Got It!