Mini Biography
Selena Marie Gomez was born to Mandy Cornett and Ricardo Gomez on July 22, 1992. At a young age, she moved from New York to Grand Prairie, Texas. Giving birth to Selena at 16, her mom Mandy recalls living "paycheck-to-paycheck". Selena started out on "Barney" (1992) as "Gianna" in 2001 where she really discovered her talent. Unfortunately, they dropped her from the series after just two years. In 2003, she had a very small role in the movie Spy Kids 3-D: Game Over (2003) and a bit part in 2005 when she played "Julie" in Walker, Texas Ranger: Trial by Fire (2005) (TV) with Mitchel Musso and in 2006 as "Emily Grace Garcia" in Brain Zapped (2006) (TV) when she recorded a song for the movie. She she guest starred as "Gwen" in "The Suite Life of Zack and Cody" (2005) and as Hannah's rival, the 'evil' "Mikayla", in "Hannah Montana" (2006). Selena's amazing talent landed her roles in two Disney series, both spin-offs. Unfortunately, neither show was picked up until 2007 when she got the role of "Alex Russo" in the magical series "Wizards of Waverly Place" (2007) which she auditioned for three times. In March 2008, she made her first animated movie Horton (2008) and later starred in Another Cinderella Story (2008) (V) with Disney Channel star Andrew Seeley for ABC Family. Her two Disney Channel Original Movies Princess Protection Program (2009) (TV), with real-life BFF Demi Lovato, and Wizards of Waverly Place: The Movie (2009) (TV) will both air Summer 2009.

IMDb Mini Biography By: Someone

Mini Biography
Selena Gomez was born and raised in Grand Prairie, Texas. Her mother Amanda [Commonly known as Mandy] Cornett is an Italian woman from Dallas, Texas and her father Ricardo Gomez is from New Mexico. Mommy Mandy gave birth to Selena at 16, and her parents divorced in 1997. Nearly 10 years later she remarried to Brian Teefy. Selena is best known for her role as Alex Russo in the show 'Wizards Of Waverly Place' and as Mary in 'Another Cinderella Story'. Selena signed a record deal with Hollywood Records just before her 16th birthday and is recording an album due out Summer of 2009.

Her love for charity and philanthropy.


Trivia
Is from Grand Prairie, Texas.

Before landing the role of "Alex Russo" in "Wizards of Waverly Place" (2007), Selena wasn't a fan of neither magic or the Harry Potter franchise.

Her favorite subject is Science.

Her role model and favorite actress is Rachel McAdams.

While filming that animated movie Horton (2008), she played Steve Carell's daughter but she never got to meet him.

She became interested in acting after watching her mom, Mandy Cornett.

Her favorite band is Paramore.

Loves to sing "Rockstar" by Hannah Montana and anything by Paramore.

She adopted her dog named Chip from an animal shelter.

She enjoys cheerleading, surfing and skateboarding.

Discovered by Disney in a nation-wide casting call.

Sings the theme tune to her Disney Channel show "Wizards of Waverly Place" (2007).

Her best friends are Demi Lovato and Taylor Swift.

Is an only child.

Her favorite shoes are Converse.

Is learning how to play guitar, drums and piano because she wants to be in her own band.

Her mom, Mandy Cornett, remarried in 2006 to Brian Teefey.

She is of Mexican and Italian heritage.

Her parents divorced when she was 5 years old.

She is named after Tejano singer Selena Quintanilla Perez.

Her first appearance on Radio Disney was on October 26, 2007.

Although she straightens it, Selena was born with naturally curly black hair.

She went to Danny Jones Middle School located in Texas.

She is a huge fan of Johnny Depp and Lady Sovereign.

Her celebrity crush is Shia LaBeouf.

Both her family and Fernanda Romero are from the same town in Mexico.

Has a YouTube show with her best friend Demi Lovato called "The Demi and Selena Show".

Has a song written and sung about her on YouTube called "Selena Gomez" by Greg Kurka.

Involved with the charity Raise Hope for Congo which helps raise awareness about the violence against Congolese women.

Participated in the "Runway for Life" benefit for St. Jude's Children Research Hospial. [2008]

Her favorite band is Fall Out Boy, she also likes Christina Aguilera.


Personal Quotes
Be yourself always, there's no one better!

I was never the girl who thought I need to make sure I look like all the other girls. I think you look best when you stand out.

[On Having Her Own Band] I'm going to be in a band - no Selena Gomez stuff. I'm not going to be a solo artist. I think that I don't want my name attached to it. I basically want to make music that is fun and that parents and kids can jump around to and have a good time to.

I wanted to be like my friends. I hung out with girls who had blue eyes and blond hair and I thought, 'I want to look like them!'

[on declaring she will remain a virgin until marriage] I said, 'Dad, I want a promise ring.' He went to the church and got it blessed. He actually used me as an example for other kids. I'm going to keep my promise to myself, to my family and to God.

[on wearing a purity ring] I've had my ring since I was 12 years old. But for me it's not something I want to go around saying, 'Hey, look what I have.' It's a promise I made to myself and God. I think some people misinterpret that as a trend and think everyone's getting one.

[On reports that she and friend, Demi Lovato had a feud] You can't care (about reports like that), It's really toxic what they do to the girls in the industry.

[On Lindsay Lohan and her time in rehab] I don't think anybody should be mean because you never understand what's someone is going through. And it is partly (this) business, because it is crazy and hectic. So I think that nobody should be rude. If this were a normal person, you wouldn't be so judgmental. I feel like people shouldn't judge as much, they should give their sympathy.

I love Katy Brand! She gave me a song for my second album.

Everyone wants songs written by Katy Brand. I asked her and she was so nice - she just said, 'Yeah, you can have it.' She was very kind.

I don't actually like dates. I get awkward as I never know what to do.

For me, the person that I really admire because they came from this Disney world would be Shia LaBeouf. He had his own show on Disney Channel. He was really funny and I loved his show. Then he started to do films. Now he is doing really great films and he is respected as an actor. I really like him a lot as an actor. I think he is cute, too, so that helps. I feel that I can relate to him the most.

[On working with Katy Brand] It is so much fun. It's very soulful and it's kind of got her flair mixed in with my dance kind-of-a-little techno vibe. So it was really amazing and I really loved it. I was extremely honored, cause I'm a huge fan of hers.


Where Are They Now
(2005) Currently shooting with actress/singer Lalaine on the set of "Lizzie McGuire" (2001) television spin-off "Stevie Sanchez" for the Disney Channel. She will play Miranda's kid sister, Stephanie "Stevie" Sanchez.

(February 2009) Began filming in Puerto Rico for Wizards of Waverly Place: The Movie (2009) (TV) for 6 weeks. Will also be partially filmed in New York City and LA. Is set to release in August 2009.

(2009) Appeared in a commercial for Borden milk. 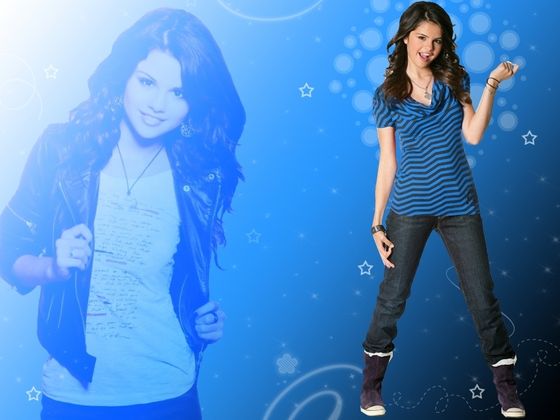 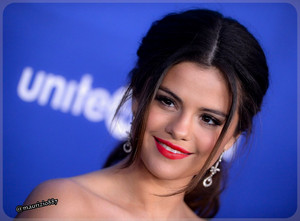 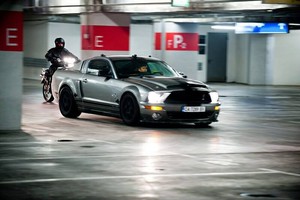 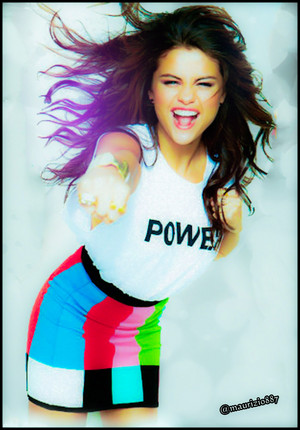 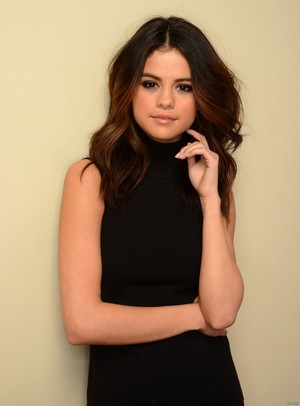 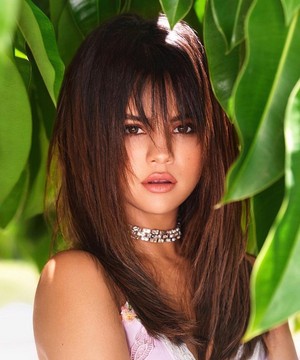 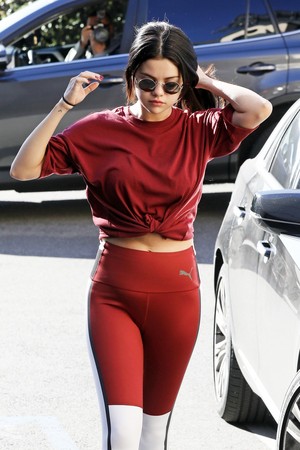 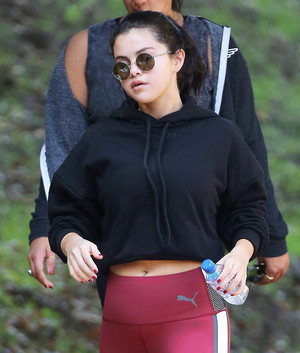 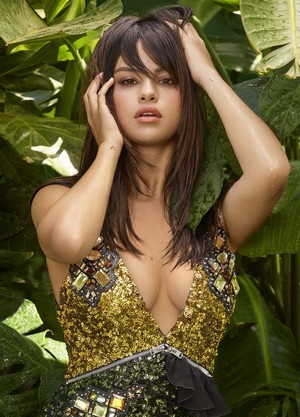 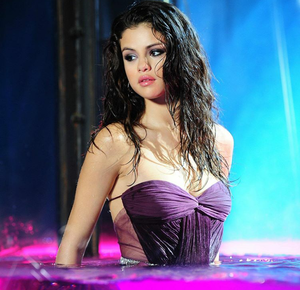 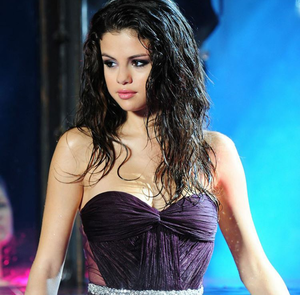 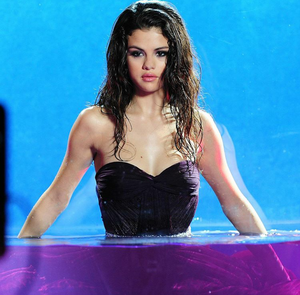 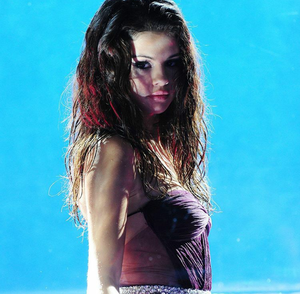 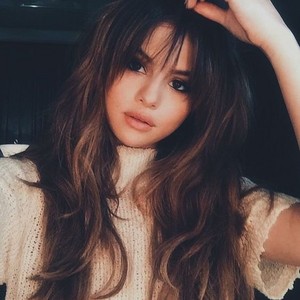 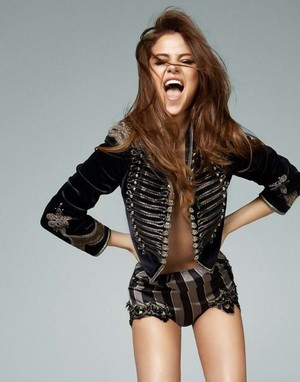 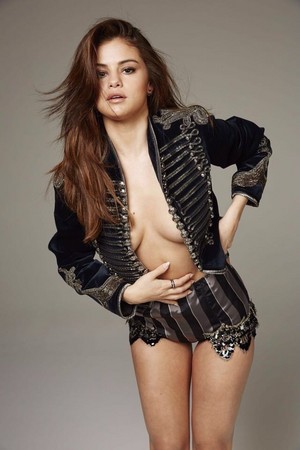 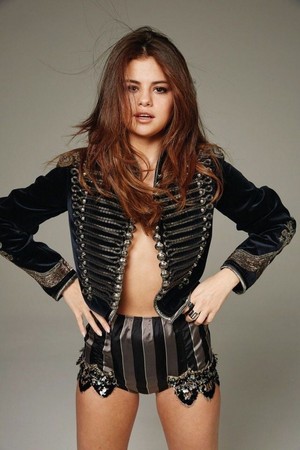 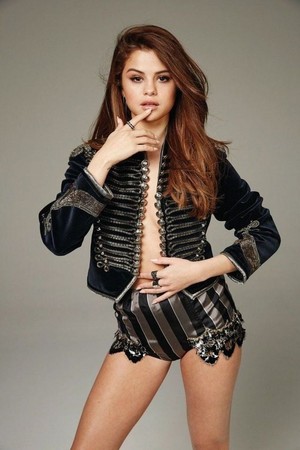 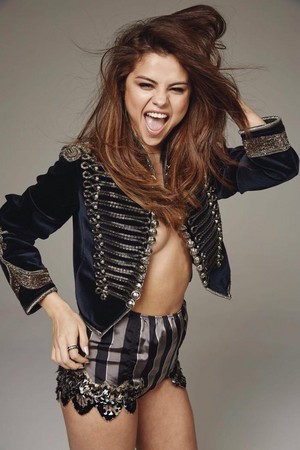