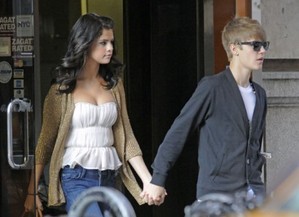 Justin spent this money on Selena, his bodyguard and on himself!

Justin bout two pairs of shorts on his spending spree, two shirts, two hats, and pair of shoes and a wallet.

Sel got a purple dress (Justin's favorite color), a blue bikini, shoes, a bag and a wallet. We're not sure if they have the same wallet...

The bodyguard picked up a pair of shorts and some shoes.

In the end Justin had to fork over $7,000 for all this new gear! Geeze! Where did they shop?

Selena said a few months ago that she doesn't shop in expensive places....looks like she makes an exception when Justin is paying.
YuukiTouma, OkazakiDaisuke and 2 others like this
4
Kim Kardashian Would NEVER Date Justin Bieber
posted by keninv
With Justin Bieber declaring how he would love to go out on a date with Kim Kardashian, It's now the turn of the curvaceous beauty to reveal her feelings for Justin....and it ain't gonna be what he wants to hear. When she was asked by Extra's Terri Seymour about the reaction of Justin's fans, Kim replied:
“I think it just shows obviously he has a huge following of young girls.
“We would never not seriously date. I could be his mum! But he's such a cute guy and such a funny person. He has a great personality, so I see why they all love him and are obsessed with him- he is adorable.”

The Keeping Up With The Kardashian's star even had a message for Justin's fans: “To all the Bieb-lievers out there, we are just friends.”
1
Justin Bieber Wants To Guest Judge US X Factor
posted by keninv
Teen haircut sensation Justin Bieber has revealed that he’d like to be a judge on the US version of X Factor. The show will launch sometime next year with Simon Cowell producing the show now that he’s left American Idol to do so.
Talking to The Sun, 16-year-old Bieber said, “I think Simon Cowell is great. Some people might not like getting advice from a guy my age but The X Factor is coming to the US and I would love to do a guest judging slot.”
Because if you pluck up the courage to sing on national TV, you’re really going to want a teenager telling you that you suck.
2
Justin Bieber gets pocket money
posted by keninv
Teen singer Justin Bieber has revealed that his mother gives him an allowance of just $50 a day. The 16-year-old pop star said his mum Pattie Mallette and his agent and business manager Scooter Braun keep him grounded by making sure he only has a small daily allowance, despite having a reported $100m in the bank.
He told UK newspaper the News Of The World: 'My mum wants me to learn how to be very smart with my money.
'If I save [my allowance] for a week, then I have a couple of hundred bucks that I can spend on something special.' Braun added: 'We're trying to teach him the value of a dollar.'
2
Spencer Pratt Mocks Justin Bieber And His Fans
posted by keninv
Spencer Pratt has managed to make himself the most unpopular 'celebrity' in the world by annoying Justin Bieber's millions of fans. The former Hills star is known for being bitter and resentful, ranting at other's more popular and successsful than himself on Twitter but has targeted the wrong celebrity this time.
Spencer tweeted: "Knew someone who caught Bieber Fever. Only decent thing to do was put him down. Justin won the award for Choice Male Artist at the Teen Choice Awards on Sunday, a well deserved win but Spencer was less than impressed by the ceremony.
He tweeted: "Teen Choice Awards! My choice is to not give a s**t."
1
Justin Bieber Talks About Giving Back
posted by keninv
Justin Bieber has told MTV News about the importance of being involved in charity work.
The teen star attended a charity ceremony held by his friend Usher in Atlanta on Friday and said he was pleased to be performing live. “You know, I'm really excited to be here to support Usher, my mentor, and his New Look Foundation,” he explained. “I'm here [and] I'm performing tonight. I'm also helping out another charity, It's called Pencils Of Promise. It's all about giving back and helping out kids that need education.
Bieber added: “It's really important that I'm able to help out other kids. I'm a kid myself, so it means a lot to me.” It was the first time Usher had held his World Leadership Awards, through his New Look foundation. The event was also attended by Ciara.
JB meanwhile is a busy man having recently filmed a cameo in CSI and been signed up to be the face of spot cream Proactiv
1
Justin Bieber fever comes to bookshelves
posted by keninv
On Monday, teen singing sensation Justin Bieber announced his first book, "Justin Bieber: First Step 2 Forever: My Story." HarperCollins, which will publish the book, described it as a "photographic memoir of his amazing journey." Bieber's journey hasn't been all that long -- he's just 16.
The next day, Bieber decided to downplay the "memoir" part of the book. In four quick Twitter posts -- to his 4.2 million followers -- Bieber wrote:

it isnt a memoir...i teamed up with this amazing photographer robert and he has been taking pictures behind the scenes from before the tour. so the book will include...
continue reading...
1
Justin Bieber attends World Leadership Awards
posted by keninv
Justin Bieber suits up nicely next to Ciara as they attend the New Look Foundation’s First Annual World Leadership Awards at Cobb Energy Performing Arts Centre in Atlanta on Friday night (August 6).
The 16-year-old musician received the UNL Honoree: Global Youth Leader Award. The World Leadership Awards, which will bring together heads of state, civic and community leaders, philanthropists, and celebrities, will honor eight individuals for their commitment to supporting youth as leaders and change agents of some of our world’s most pressing issues.
1
Justin 3D Film needs a new Director
posted by keninv
The forthcoming Justin Bieber 3-D concert movie/biopic still needs its director. Paramount Pictures confirmed that Academy Award-winning documentary filmmaker Davis Guggenheim will not be lensing the picture. He was being considered to direct the film, but he will be too wrapped up in the promotional process for his Waiting for Superman documentary to take on the Bieber film.
1
Taylor Momsen on Justin: 'I have no idea who he is'
posted by keninv
"Gossip Girl" star, John Galliano fragrance face and Madonna's Material Girl model Taylor Momsen is nothing if not shockingly open and brutally honest about some pretty personal topics. Promoting her Pretty Reckless debut album, "Light Me Up," she did a very candid interview about priests, her tampax, her vibrator and Justin Bieber with a New Zealand radio show.
Her song "Goin' Down" and the Catholic church's sexual abuse scandal: "I was raised Catholic. I f***ed a priest once. Just kidding." Intrusive media coverage and her panty-flashing photos on the Web: "I don't take [any of the stories...
continue reading...
3
Jaden: Justin Bieber was 'amazing'
posted by keninv 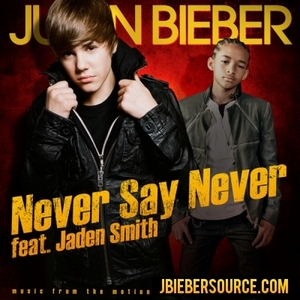 Will Smith's son Jaden has said recording his first ever song with Justin Bieber was "amazing". The 11-year-old star of the new Karate Kid remake admitted he'd had the best time making his rapping debut on the film's title track Never Say Never, recording alongside the teen sensation.
"It was great, he's amazing," Jaden revealed at the film's Hollywood premiere.
Above is their artwork for their new single never say never.
3
All the fans of justin bieber help us with a video for justin please!!
posted by Lauraaaaaaaaaah
Heey,
me and my best friend,want to make a video for justin with all of you.
We know that he's birthday is on March 1.
but we want as many pictures and video's so we are starting now!

what to do?
- Take a photo of you, and move here for example : happy birthday Justin.

- or you cane make a short video and then you say : Happy birhtday justin, or : I hope you have a nice birthday of whatever! :P

We also come from the netherlands, but it is nice when fans of him around the world want to make the video!

We put the movie out one weeks before his Birthday.
And then we hope ofcourse that he will see the video!

send the pictures or video's to my email: Lauwtjuhh95@hotmail.com

I hope you understand it,because us english is not good. 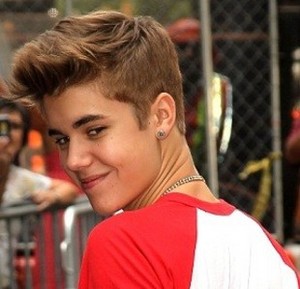 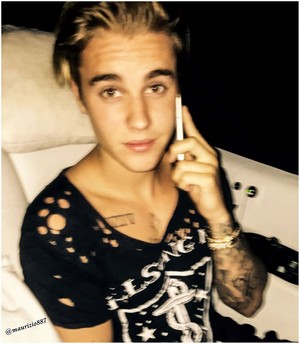 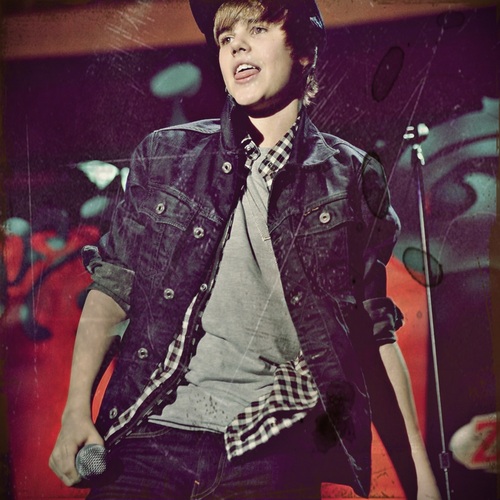 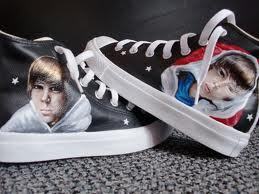 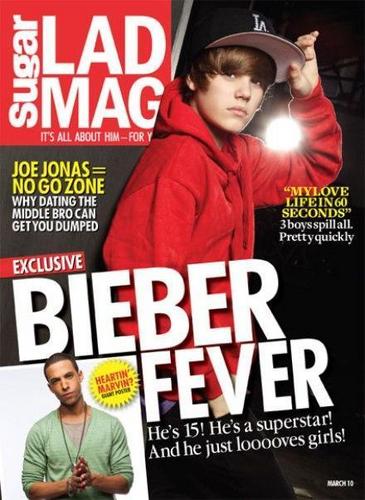 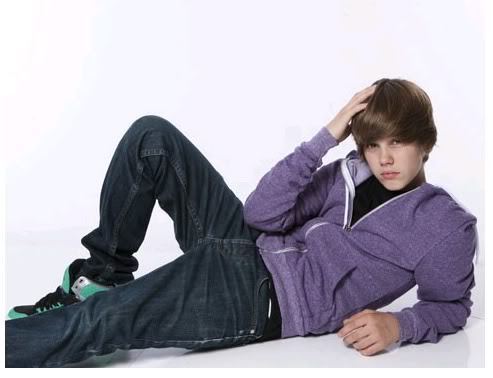 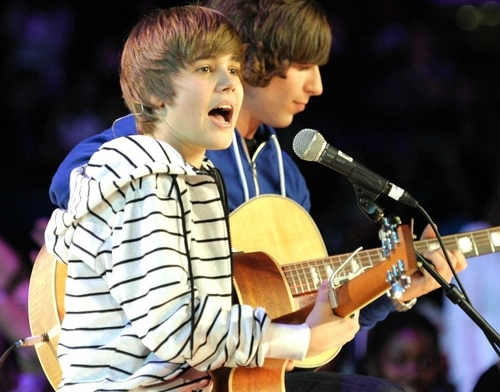 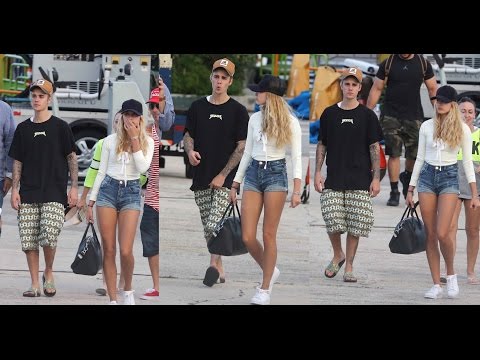