5
Blood Lusт - Cнαpтεг оиε.
posted by EdwardCullen604
This is the first story i've written so please tell me what you think.

I was in the worst pain imaginable.

There were people talking but i had no idea what they were saying, their voices were too quick for me to hear no matter how hard i listened.If i was on fire then why weren't they helping me?why didn't they put it out?the pain was too much too bare, thinking about it only made it worse so i tried to remeber how this burning had started to help keep me pre-occupied...

The last thing i remember was walking out of the jewellers, i had just had my ring resized and i was in a rush to pick it up before the store closed. i was too late though and the Jewllers had already closed. It was as i turned to walk away that i saw the most beautiful pale faces i had ever seen-their beauty was painful even to think about it-staring back at me.They came towards me then and everything became dark.Their were three of them one,the female, had long brunette hair with natural looking blonde highlights, grown just past her waste she was so graceful looking it made me want to cry. One of males was tall about 6ft9inches with curly hair grown down to his chin his arm was wrapped around the female so i assumed they were together. The second male had short midnight black hair and was so charming even in silence. The last thing i saw was the sparkle of their skin disappear as the sunset, and the colour of their eyes.Their bright crimson eyes.

To be continued...
Twilimpian, Nikkiekierans and 3 others like this
vanillamoon08 Hey, this is pretty good! Especially for someone who's never written a story before! :D Great Job! Five stars
JacobBlack604 heyy it is good "how did you do that?"Antonio asked looking amazed.

Charro answered him "I think Cora can use other peoples gifts" when he spoke he sounded so sure and confident. I loved the way he said my name in his accent.

"ahh, like a sponge like a sponge i knew her gift would be something good" Elena responded with just a hint of smugness in her tone.

"Did you just call me a sponge?" i asked puzled.

"yes you absorb other people's abilities like a sponge, sorry i'm just so used to categorilizing talents, from when i was with the volturi" she gave out a hushed growl...
continue reading...
2
Blood Lusт - Cнαpтεг тωо.
posted by EdwardCullen604
All of a sudden the pain began too decrease in my limbs but the burning was increasing at my heart. My heart was beating so fast it should have been impossible for me to hear it. I was glad. I was glad because usually in films when a persons heart would beat faster they would be about to die, i would take death cheerfully if it meant the pain was going to end. The heat was increasing so rapidly in my heart ifelt like it was taking its like it would make me burn until nothing was left of me was charcoal. Then all of a sudden my heart stopped. My heart had stopped but i was not dead. Well...
continue reading...
2
Blood Lusт - Cнαpтεг sεvεи.
posted by EdwardCullen604
"we're almost there" i said as we ran through the forest and came to the river at the bottom of the Cullens garden. the burning in my throat was way down my list right now-iwas too worried about seth-but Elena had made me hunt anyway and i was glad if she had no then...

"theres a wolf inside" Antonio said as we reached the house, Elena knocked on the door i was suddenly nervous what would the Cullens think of me i was supposed to be a werewolfs girl now i was with the vampires. Why did fate always have to come along and ruin peoples happiness, had fate decided that my future looked to good to...
continue reading...
2
Blood Lusт - Cнαpтεг fouг
posted by EdwardCullen604
"Seth" I shouted,i couldn't believe my eyes one minute i was with the spanish coven and now i was on la push beach-it was raining typical. I could hear seth, he was in wolf form it felt strange being able to recognise his howl now that i had more sensitive ears.

"How did tou do that?" Charro asked me, i hadn't realised he was here.

"do what?" i asked confused. What was he saying that i was the one who had brought us here? Did he think that was my gift?

"use antonios gift" he asked he seemed to be as confused as me.

"whats antonios gift?" i asked what did he mean i hadn't even been thinking about...
continue reading...
1
Blood Lusт - Cнαpтεг тнгεε
posted by EdwardCullen604
I was unconscious for about five minutes.

I woke up to three vampires staring at me like i was a freek.

"What was that?" Charro asked, listening to his voice now i noticed that he had a spanish accent i doubted more sensitive ears would have noticed it.

"i dont know i've never seen any vampire lose consciousness, i told you this one was special changing her was the right thing" the female said sounding a little smug by the end of it, she too had a slightly spanish accent though it was even less noticeable than charros.

"Please don't Elena i already feel bad enough about this without you trying...
continue reading... Robert Pattinson's Funny Face
added by vanillamoon08
Source: i'm not sure...my friend sent this to me so it must be from some website. find it on google 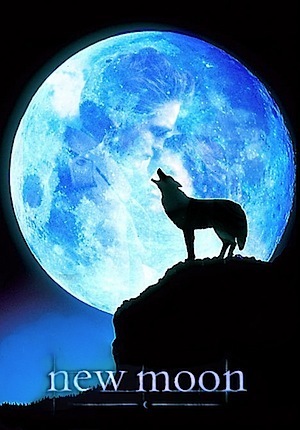 1
Jacob and Bella Poster (fan made)
added by vanillamoon08
Source: to whoever made this The Twilight Cast Playing FootBall
added by vanillamoon08
Source: www.bebo.com
Blood lust - Charter 11
posted by EdwardCullen604
sorry i haven't written in like a year but heres the next chapter:

Out the corner of my eye i could see leah had phased back, but she still looked furious jacon was trying to calm her down - he had her taking deep long breaths though she was still shaking and glaring at me with a look cold enough to make even me shiver. I turned to see who had pulled Leah away, it was Charro and the expression on his face was much the same as leahs only his anger was directed at her. seth looked absolutely gobsmacked.

"em why don't you four come back in side i'm sure there is much to, ah, discuss" carlisle always...
continue reading... 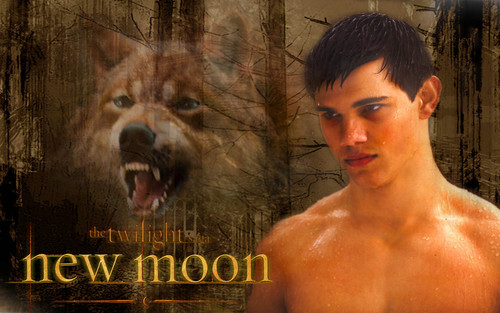